Born in New Haven, Connecticut, on the shortest day of the year in 1948, it was early in my life that I developed a great love for traveling. The whole family would go on camping trips to places like Detroit and visit the Great Lakes and throughout New England. In High School, we decided to take a flight to Miami for the weekend, where I had to sell my shoes to one of my fellow travelers to get home.

My next adventure was in the 60s when I flew to Haight-Ashbury and lived with all of the hippies at 1208 Haight Street in San Francisco, finally hitchhiking across the country after visiting Mexico and ending up in Memphis, Tennessee.

This all happened during the Vietnam war, and like a lot of young men, the draft was coming up; I joined the Navy after a couple of years at Memphis State University (1969-1972). After getting an Honorable Discharge from the service, I returned to Memphis State and graduated in 1974 with a Marketing degree and started going to graduate school.

At the same time, married with one young son, it was time to get to work, and I was offered a job with a moving and storage company which paid me a wonderful $12,000 per year and changed my life.

The moving business would be in my blood even today, almost 50 years later, and it has been quite a ride since it was one of the most volatile industries around, and everyone needs it at one time or another. When I started, it was a controlled industry, and it was price fixed; later, it became one of the easiest industries to enter, with hardly any hindrance to competition. Today you do not need a truck, just a webpage, and you are open.

In 2006, I got out of the moving business and got into the relocation and real estate business and consulting business which I am doing to this day, working with large, small, and medium-sized companies making sure they are getting what they paid for and what their employees expect.

Married for almost 40 years to Elizabeth Munson, a talented writer on her own and has collaborated with the best companies in the world, such as Kellogg’s, Upjohn Pharmaceutical, Michelin Tires, Coca-Cola, Hyatt Hotels, Olympic Committee, and many others. We are still trying to innovate in the relocation industry and the booming state of Georgia.

This year we started a company called Road Show Africa, working with Nigeria and Ghana in helping to promote African films. Recently, we had our first event Road Show Africa Film Showcase, and we will be joining up with several countries to distribute content around the world and collaborating with some great folks at the MultiNational Investment Group.

It has been a great ride, and it looks like it will continue. 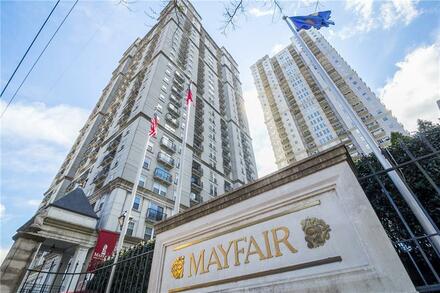